This includes Studio  Albums & singles (generally released, or rare / limited versions) - mostly obtained at the time of release, on CD, cassette etc, and other 'non-singles' or 'albums' will be in the 'misc memorabilia' section, and download / mp3 only releases will be in that section.

If it says 'UK' this generally means that it was purchased in person at time of release in a UK based store (like HMV) or online (like amazon.co.uk). A lot of items have also come from eBay.

Each Album, and the Single that came from it are each in a separate page

Other albums, compilations and collaborations are listed in "other official music" 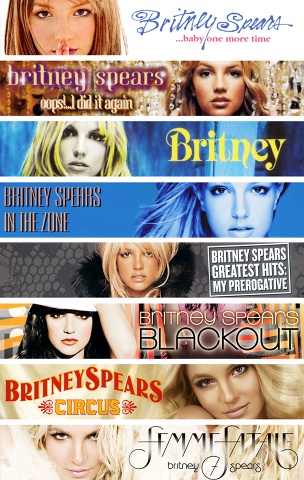